The Consumer's Guide to a Sustainable Planet 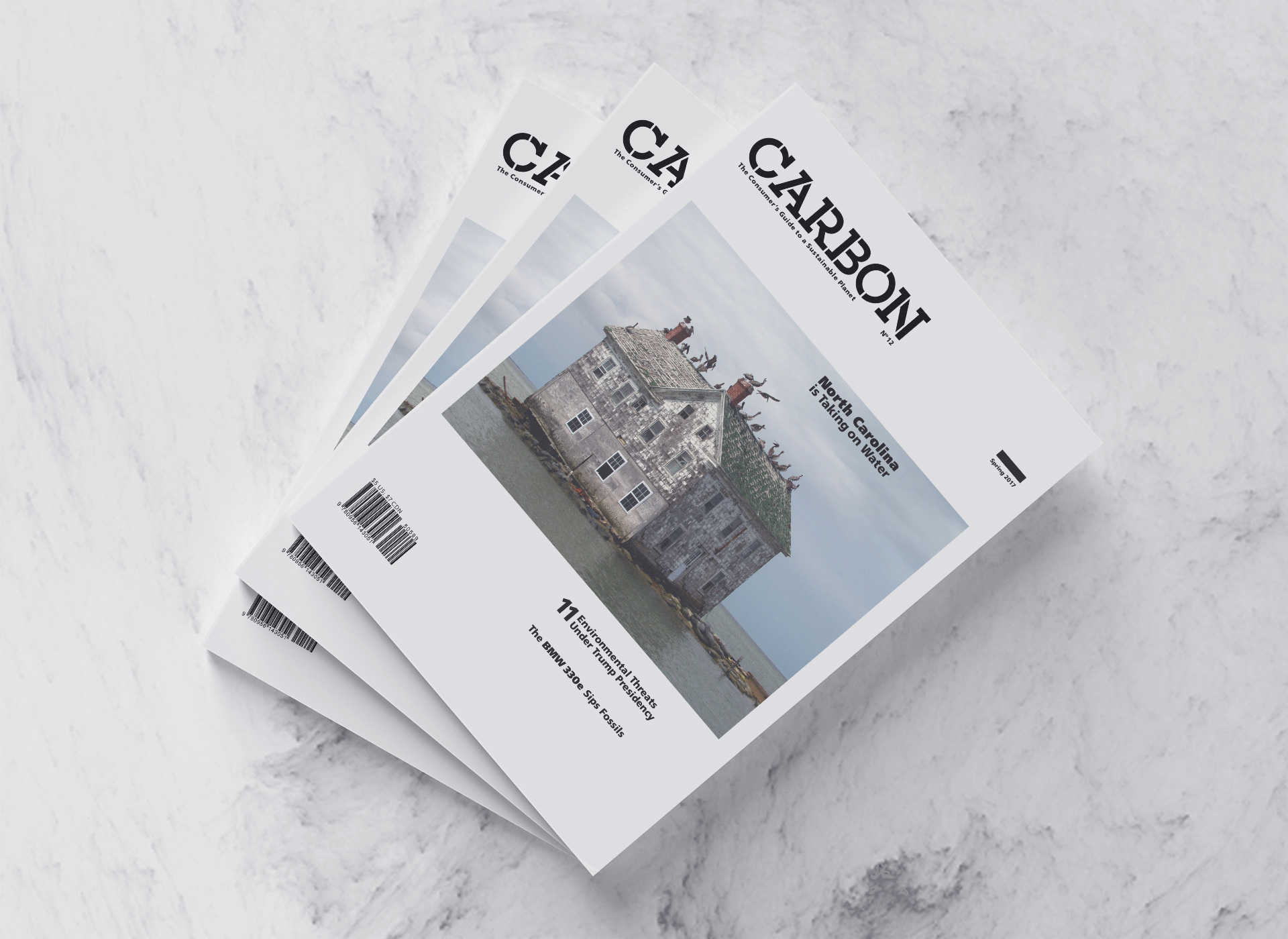 Carbon is a magazine that acknowledges the world we live in isn’t as it should be when it comes to addressing climate change. We as a civilization are at the peak of squeezing every neuron from each watt of electricity produced, and are at the same time resisting the change needed to save lives and potentially the planet. Carbon is oriented toward educating readers from a policy and consequence standpoint with the silver lining that sustainability is not necessarily sacrifice.  Carbon enables readers to make the future a better place without giving up their modern comforts and conveniences.

99% of climate scientists agree that global warming is real and is primarily caused by human activity. As the planet heats, glaciers melt, sea levels rise, storms intensify, and ecosystems throughout the world are irreparably damaged. Competitor climate focused news magazines pose problems without much, if any, recourses for the reader to take climate change into their own hands.

Embracing efficiency will be key in the next phase of technological development, which has the capacity to rival the Industrial Revolution and the 90s Tech Boom regarding innovative new ideas. It is Carbon’s goal to serve as a guide to this optimistic new world, so that smart technology and policy are pushed to the forefront of the world economy.

Carbon’s place at the leading edge of causes and advancements, in such a quickly changing market, will be key in gaining traction for  good ideas with the potential for positive long-term effects. By educating citizens of the world on why they should care and what they can do about it, readers are enabled to optimistically pursue their best lives, utilizing comforts and conveniences of the modern era without sacrificing the planet for future generations.

The future will be sustainable & beautiful

With a focus on emerging issues related to ongoing carbon emissions or environmental degradation, the environmental section takes a deep dive into human interest pieces that focus on displacement and other challenges that accompany changing climates. Through photography and stories relying heavily on interviewing people directly affected by changing environments, serving as a lens and a call to action for readers lucky enough to be isolated from the harshest realities. 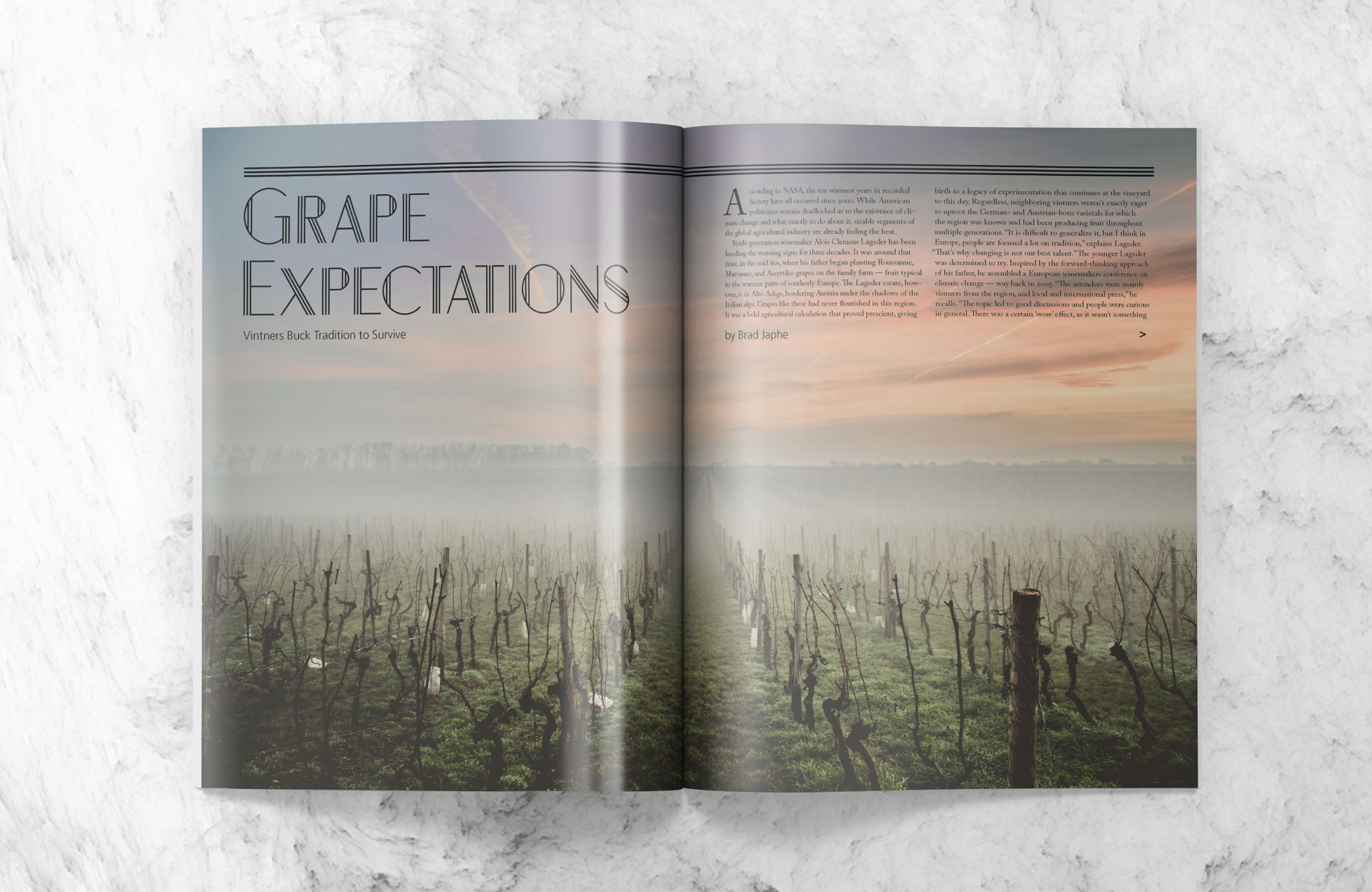 Government and private industry are adapting within this modern era of warming temperatures and climate deniers, the policy section centers around highlighting people and entities working toward smarter technologies and legislation as well as those who are not. The goal of this section will be to push for government and corporate accountability when profits supersede the environment and human life. 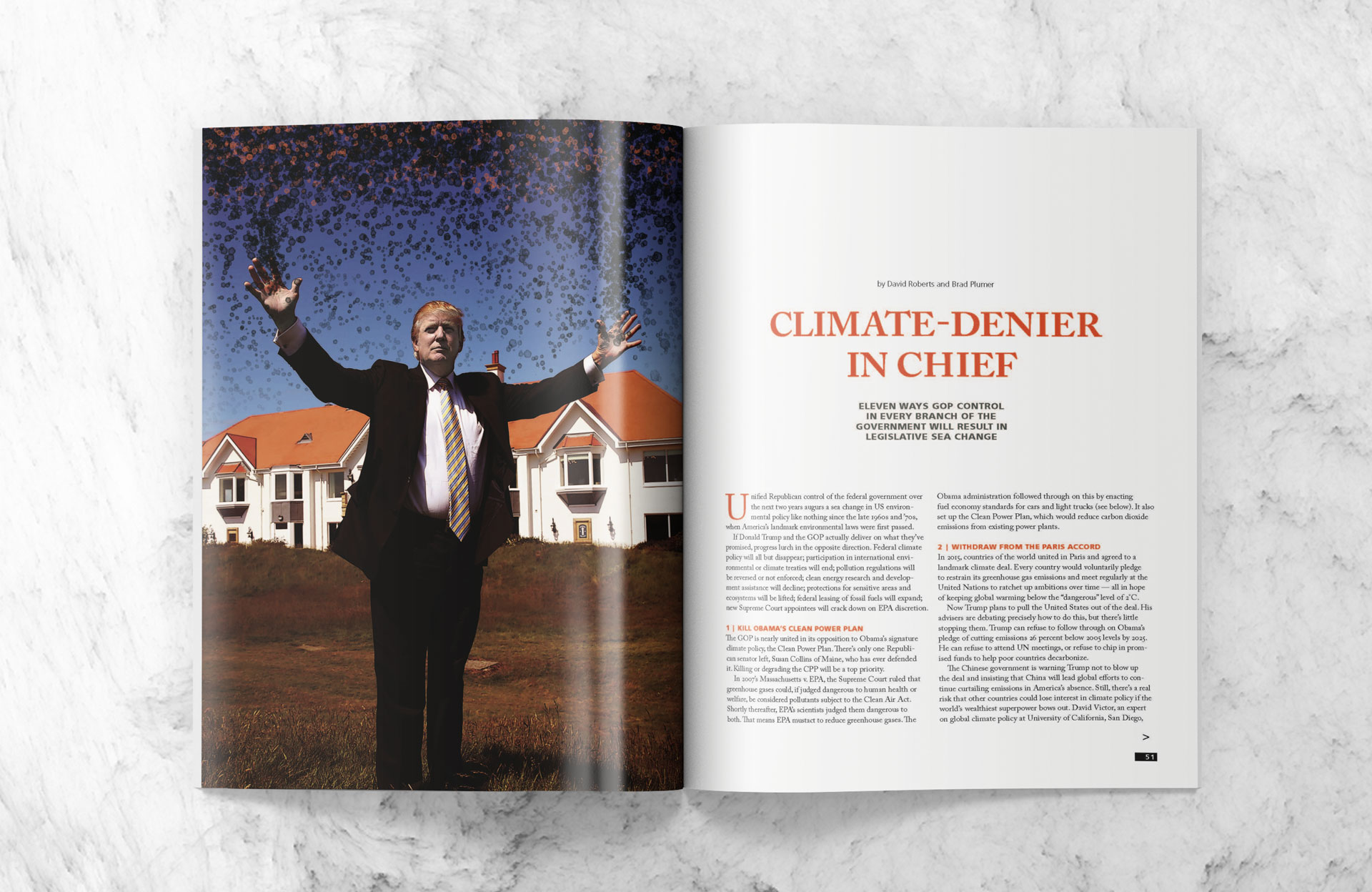 Sustainability does not mean sacrifice. The lifestyle section highlights high-quality, low-emission, sustainably manufactured products that compete from a cost and status standpoint with traditional products. A century-old house with upgraded insulation and systems can use a fraction of the energy and consumption of a McMansion and an electric car isn’t tethered to 20 miles from an electrical outlet anymore. This section will tap into the eco-conscious individual who demands the best now and for the future. 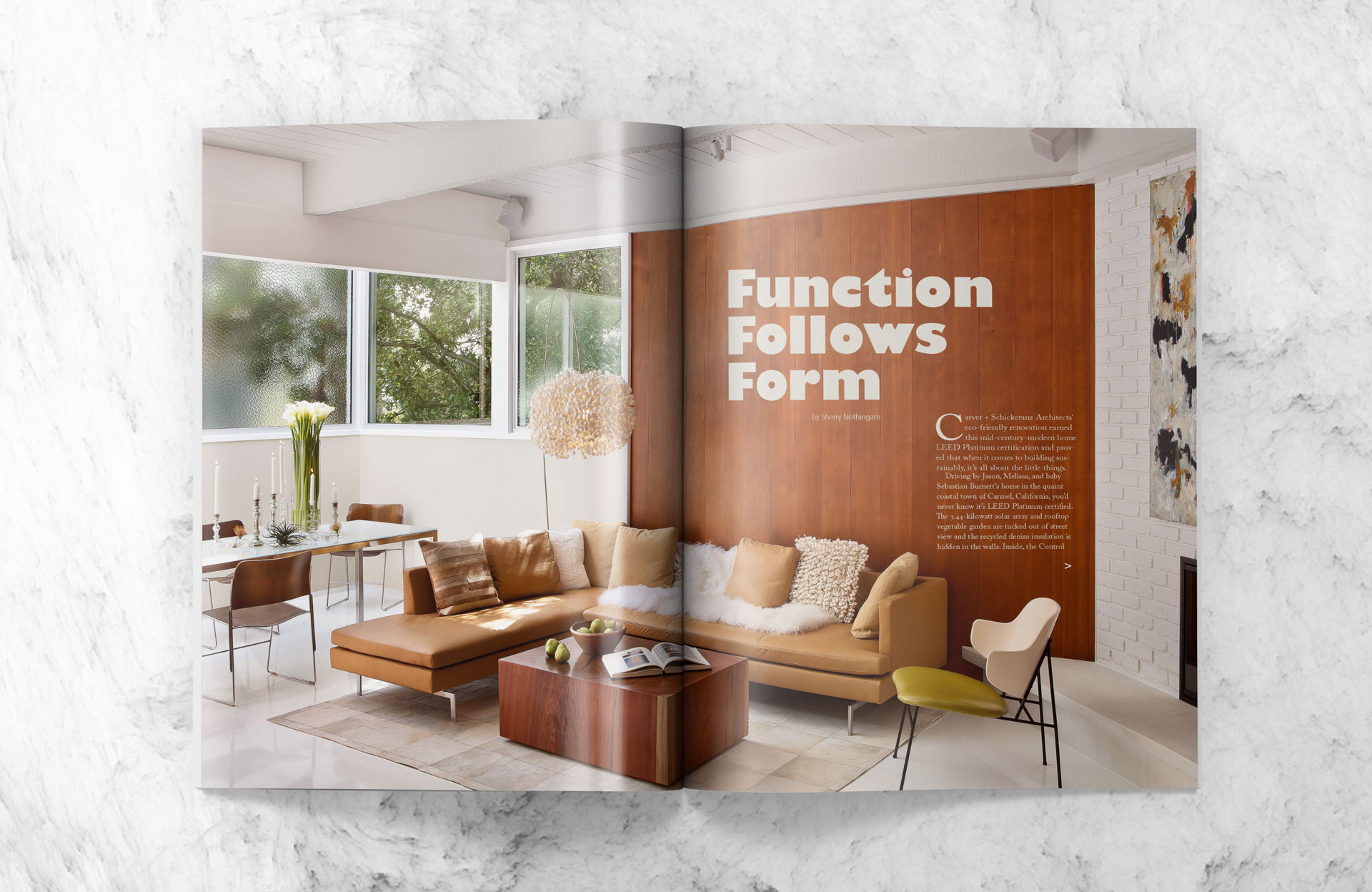 The visual style for Carbon had to invoke trust and optimism. For the masthead, a modified version of Choplin provides a grounded and solid to convey trust. The color palette and imagery are expressive with bright and optimistic tones. Rules throughout the magazine denote a style carried through each article, so the reader can easily identify where pieces start and end.

Carbon readers are well educated and are often already taking the steps to be better citizens of the world. Having earned higher degrees and residing in cities, they understand their impact on the planet as consumers, for better or worse. They read Carbon to stay up to date on climate science and policy as well as for product recommendations to ensure that their environmental impacts are modest. 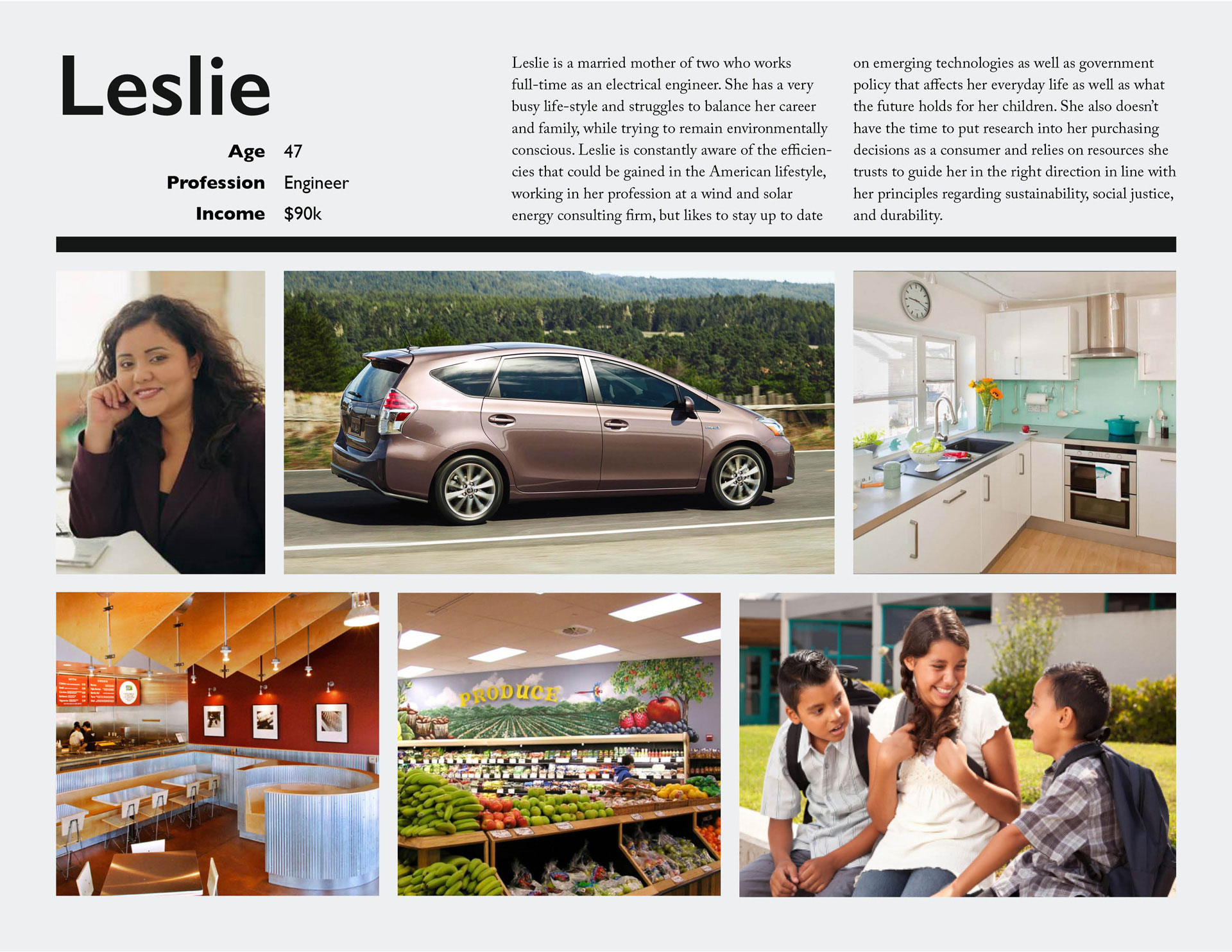 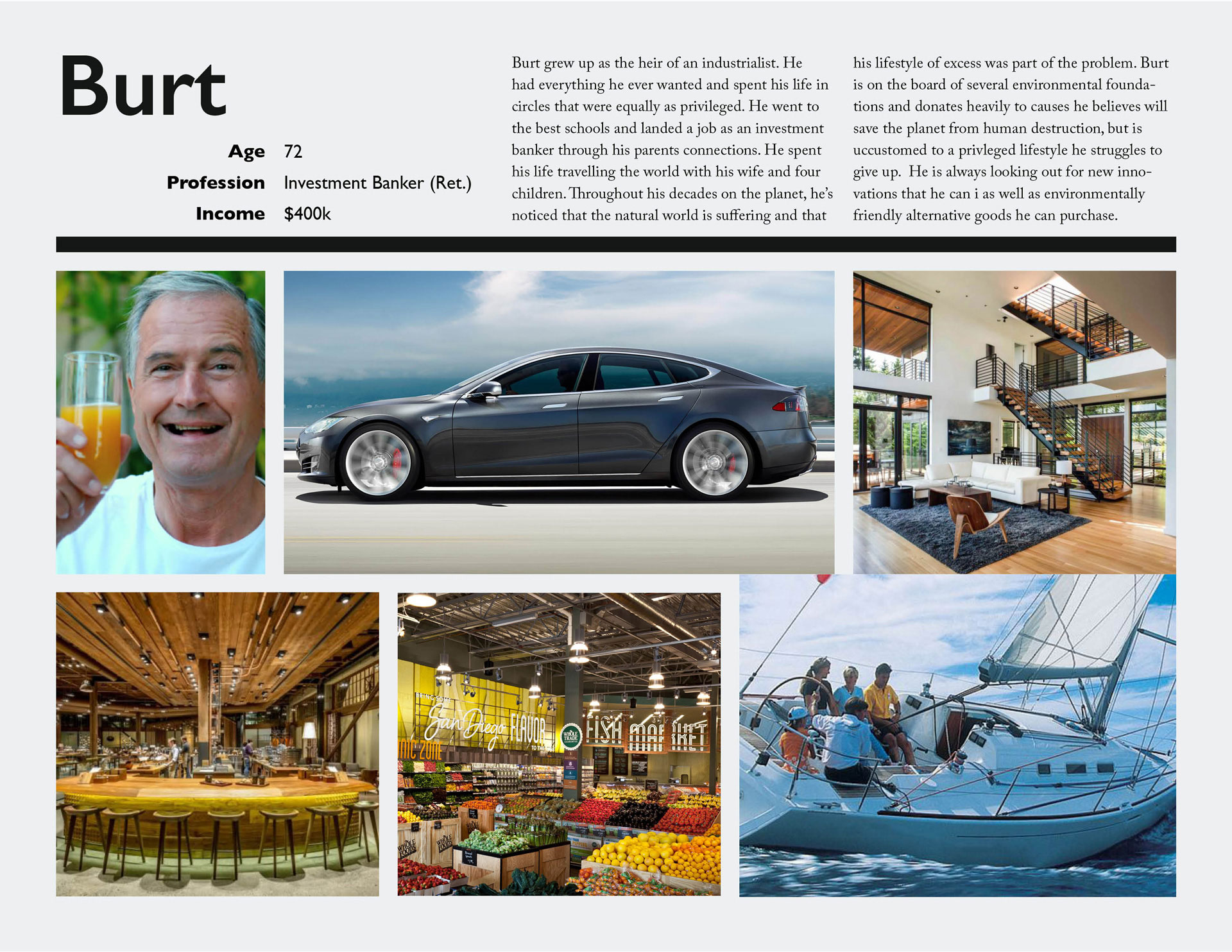 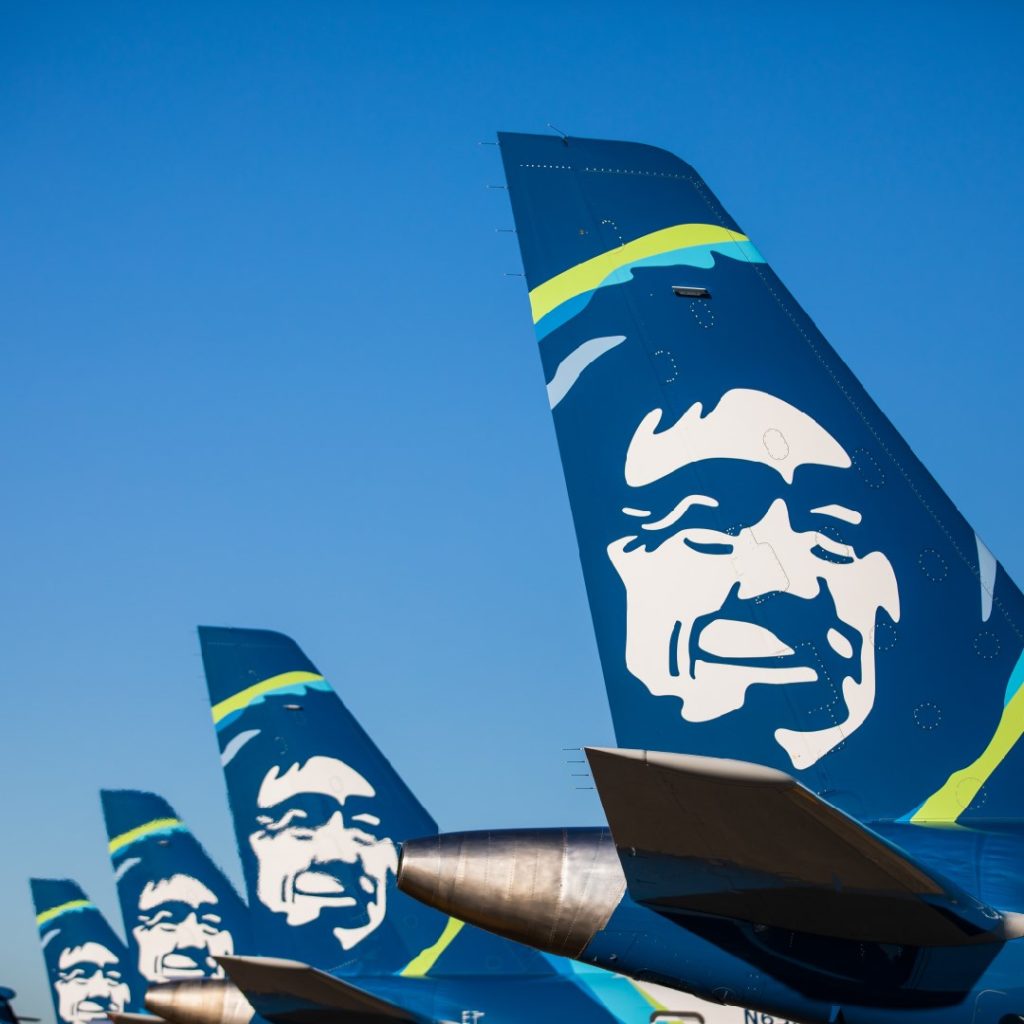 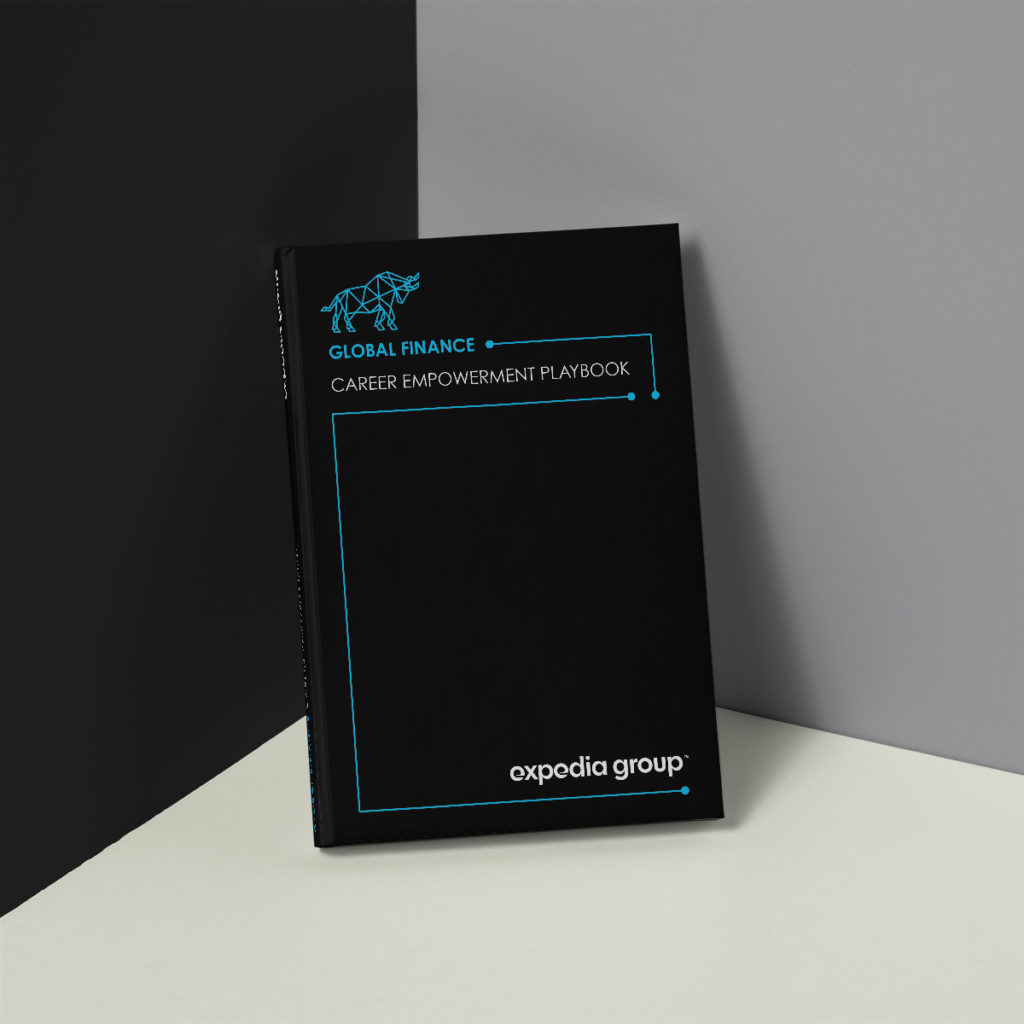 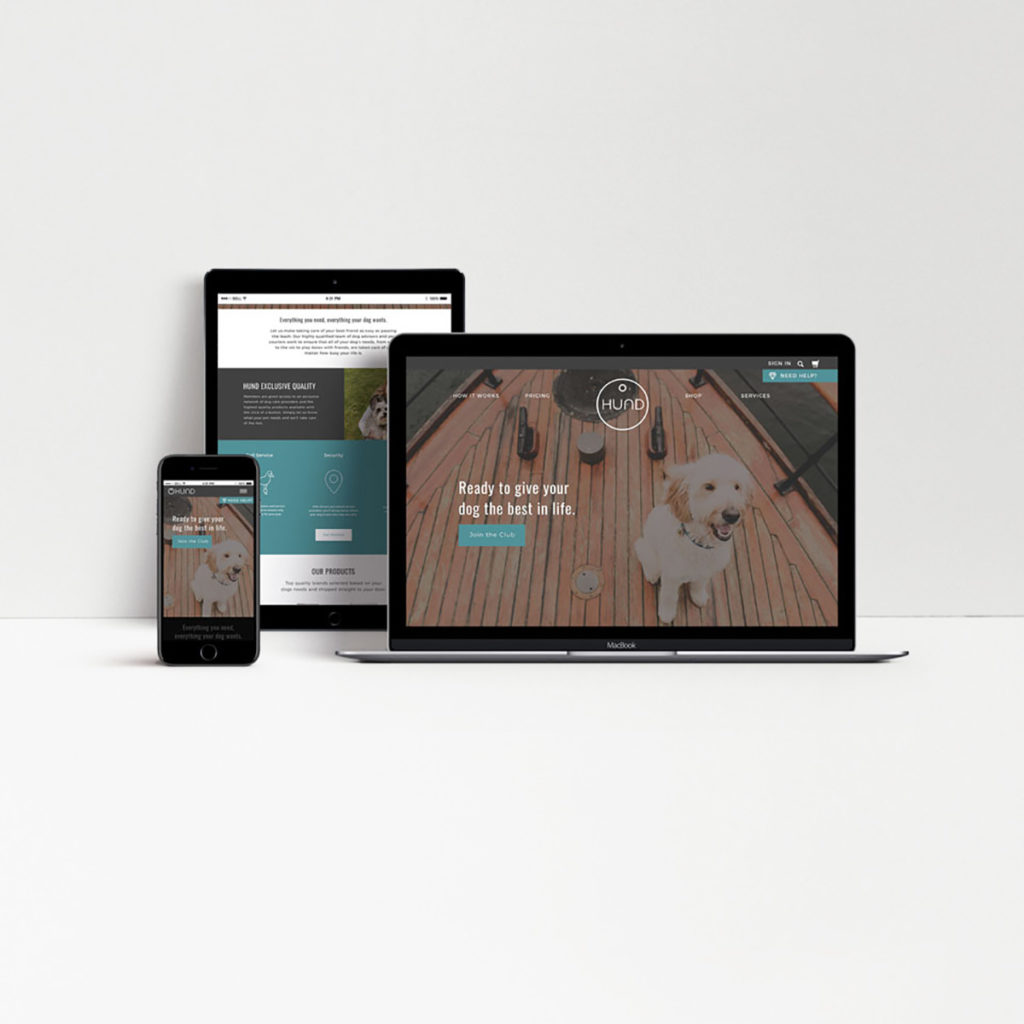 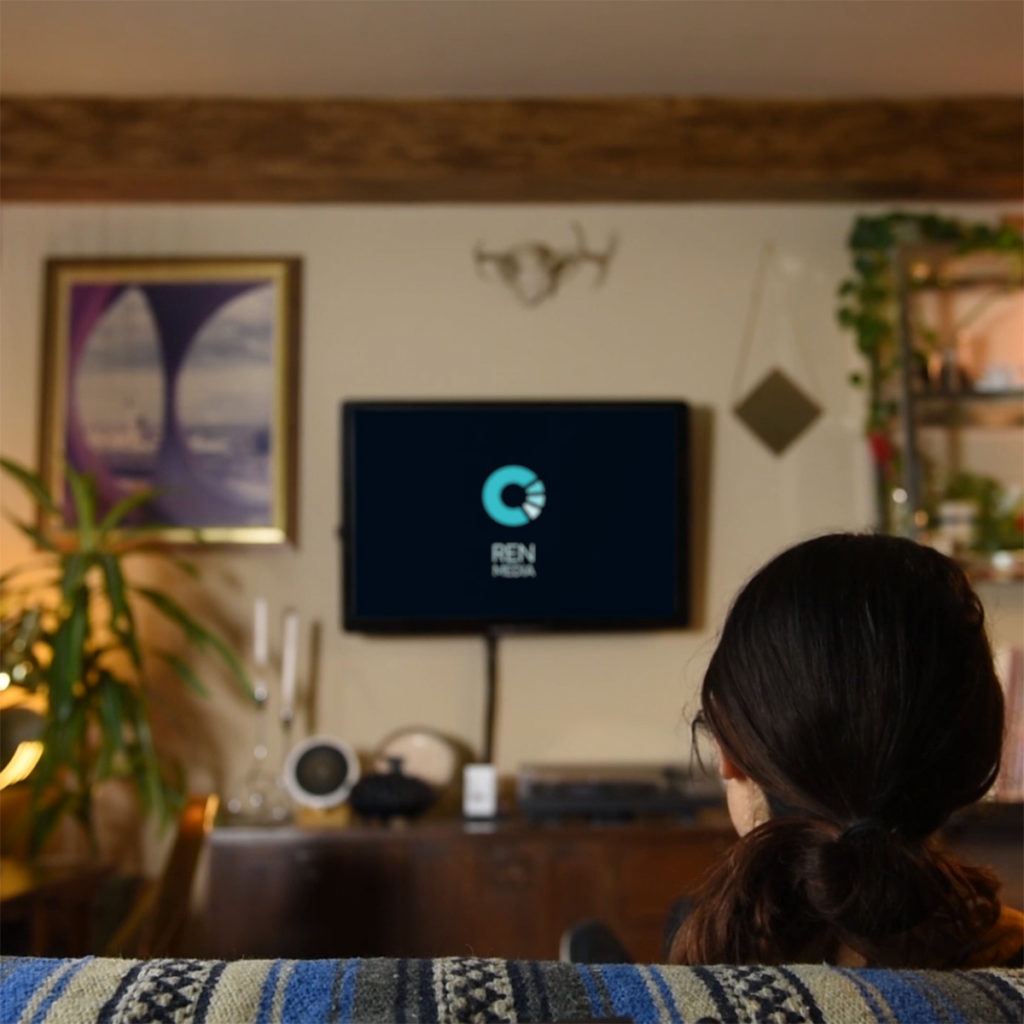 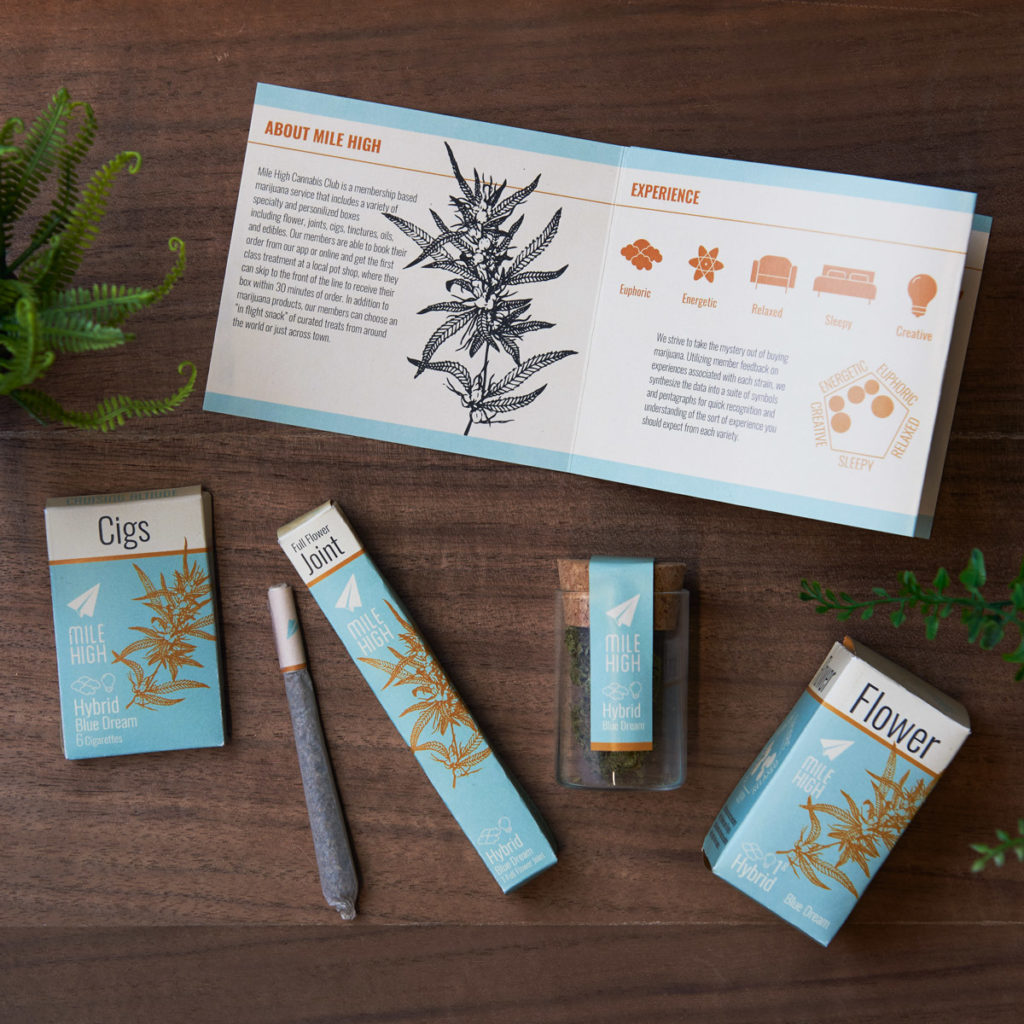